From opera to jazz, this Rose is blooming rosekingsley 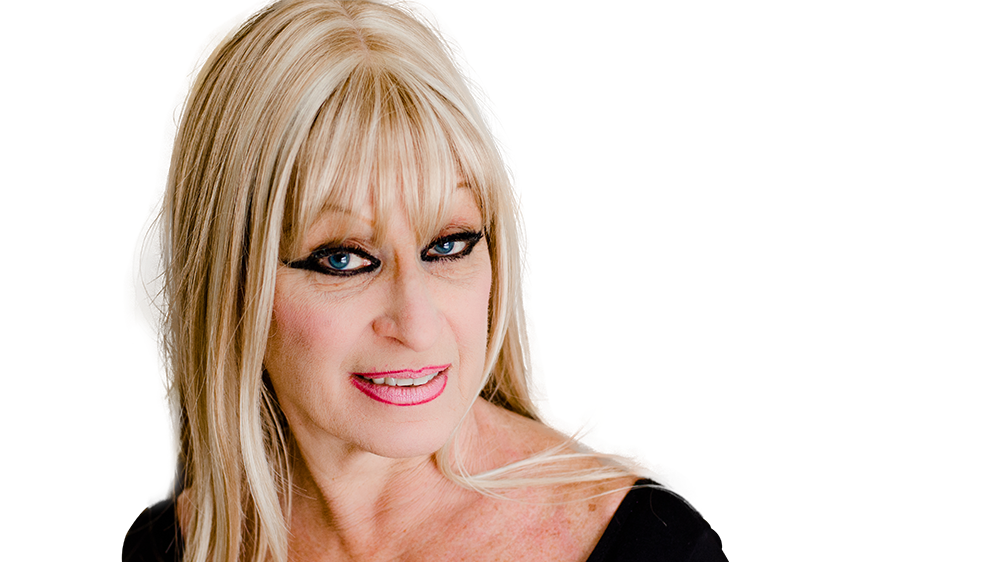 Rose Kingsley started out as a teenage dancer, then turned to opera – and now she’s conquered the world of jazz

For a nice Jewish girl from New Jersey, it was ironic that Rose Kingsley’s first operatic role was as a nun.

Her parents, William and Esther Baum were already unhappy about their only child going into the arts as a profession; “My daddy was a lawyer and wanted me to go into the law,” says Kingsley from her home in Palm Desert, California. “But my mom said that at two years old I was singing and dancing around the living room. When I was three, she enrolled me in a local dancing school, the Myra Witt School of Dance, so really I was meant to perform.”

By the age of seven “Miss Myra” told Mrs Baum that her daughter had the “makings of becoming a ballerina”. So began Kingsley’s arts education.

“From the age of seven through 12 I ate, slept and drank dance. Not only ballet, but tap, jazz even Hawaiian dance. I also adored singing and at 11 I began voice lessons. At 14 I had earned a scholarship to the ballet school at the American ballet theatre. We lived 40 minutes from New York City and I would take the number 107 bus that went right by my house into NYC for dance and vocal lessons after school and weekends. At 15 I was accepted into the American Academy of Dramatic Arts and spent my Saturday mornings learning how to act, although, my mom said I was a born actress,” says Kingsley laughing.

We’re talking on Facetime and although it’s early morning for her, Kingsley is in total diva mode; fully made up, her beautifully manicured hands expressive as she talks about her life and career and how seven years ago she switched from opera to jazz. It’s clear she has a great zest for life and a down-to-earth sense of humour.

Her story is all the more remarkable because as an opera singer with a four-octave range, she sang at some of the most eminent opera houses in the world, including the New York Metropolitan Opera. She’s shared the stage with Placido Domingo and Luciano Pavarotti playing leading roles from Aida to Salome to Tosca. She performed by special request for three US presidents and Prince Charles flew her over to the UK specially to perform for The Prince’s Trust. When you ask her about these events, she’s characteristically funny and unfazed. For example, of her performance for President Clinton she says; “President Clinton asked me to do a fund-raising concert for him. Well, you don’t say no, do you? We actually raised $1.2 million on the night. He gave me a beautiful gold saxophone brooch but didn’t invite me to the Lincoln bedroom!”

It was when she was 16 that the New York Metropolitan Opera asked her to audition for the role of the nun. From then, dance was forgotten and she concentrated solely on singing, spending ten years honing her craft at the renowned Juilliard School of music and the Metropolitan Opera. “That’s how it all began. I studied and coached with some of the greatest conductors and singers in the world including Roberta Peters, Leonard Bernstein and Maria Callas.”

Kingsley grew up in a traditional Jewish home in Irvington New Jersey. Her grandparents had emigrated to the US from Poland; “Some of my grandfather’s family didn’t like it here so they went back to Poland and sadly they all perished in the Holocaust.”

Her great grandfather was a cantor in Poland and Kingsley believes that’s where her talent stems from.

Her first husband was an Italian, non-Jewish doctor, Robert Senerchia, 17 years Kingsley’s senior. She was just 20 when they married. Her parents were upset: “I was the first person in our family not to marry Jewish and my father really wanted to see me under a chupah,” says Kingsley.

The couple had one daughter, Toni, a family and marriage therapist who lives in Reno with Kingsley’s two grandchildren, Ethan 14 and Olivia, 12.

Her parents soon came to love “Bobby” and the couple were married for 27 years. Sadly, when he was 65, Senerchia died suffering from cardiomyopathy. “Toni was only 18 and I was a very young widow at just 47; it was a very very difficult time,” says Kingsley.

She didn’t remarry until six years ago and then it was under a chupah. She wed Norm Miller, who is now her manager , in a service conducted by an Orthodox rabbi and good friend, the late Rabbi Glenn Gelman. “My dad would have been so happy. Norm is a great man whose work ethic never tires or ends. Along with his positive attitude and smile, I adore him,” she says. The couple share their home with their Bassett hound, Sadie.

Kingsley fell into singing jazz by accident; “I was at a venue one evening and a dear friend, Pat Rizzo, a legendary sax player, asked me to ‘sit in’. He only knew me as an opera diva, and I would usually sing something classical. That evening I didn’t. I sang a jazz song. I don’t what possessed me but I did. Pat fell off his chair and said, ‘I didn’t know you could sing like that. You’re great!’”

At the piano that night was Bob Corwin, son in law of the Hollywood jazz lyricist Johnny Mercer, who wrote some of the most popular songs from the 1930s to the 1950s, including Days of Wine and Roses, Autumn Leaves, and Hooray for Hollywood . “Pat suggested that we immediately start working together. We produced our first jazz CD together with The Bob Corwin Trio.”

That CD, This Is My Life, was met with international acclaim and now seven years on, Kingsley is known as “the female Sinatra” in jazz circles.

Did she ever meet Sinatra? “Oh yes and sang with him. I was invited to sing at the Bob Hope Classic, an annual golf tournament he ran. I had dinner with Frank and Barbara, his wife and Bob and Dolores Hope. The great Vic Damone was there too. The next day we were rehearsing and Vic asked me if I had ever used a microphone. Well I hadn’t, opera singers don’t. He then spent an hour and half teaching me how!”

Most recently, Kingsley has produced a CD, A Diva’s Tribute to Johnny Mercer, singing such greats as That Old Black Magic and Moon River. “It’s such an honour to be able to sing songs from the great American songbook,” she says. “And even more special because we recorded it at the famous Capitol Records in LA which Johnny co-founded and of course Sinatra recorded at.”

Before the Covid-19 pandemic, Kingsley was constantly in demand for performance all across the US. She had created a show with British actor and singer Richard Shelton that the two took to major US cities as well as her solo engagements. She’s good friends with fellow Juilliard graduate, Bill Marx, son of Harpo Marx and acclaimed composer and pianist and Bill would frequently accompany her at certain venues.

“I love to sing, so the lockdown has been hard!” she says. “We were able to go to the grocery store and medical appointments but that was it. I did practise every day; you have to as a singer: use it or lose it. But I love performing to an audience, so it’s been hard.”

She has seamlessly transitioned from opera diva to jazz songstress but there is one major difference she says, laughing.

A Diva’s Tribute To Johnny Mercer is available from rosekingsley.com