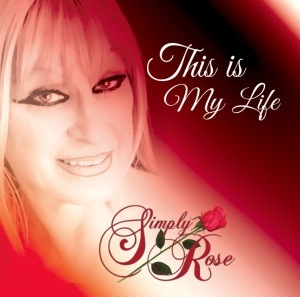 As one of the world’s most celebrated opera singers, soprano Rose Kingsley performed at the New York Metropolitan Opera House (the “Met”) for 15 years and wowed audiences throughout Europe singing with opera companies everywhere from the UK to Italy, Germany and Austria. Throughout her extraordinary career, she has performed throughout the U.S. and aboard delivering her arias in the classic operas “Aida,” “Tosca,” “Electra,” “La Boheme” and “Salome” in her longtime signature title role. She has also appeared in concert with Placido Domingo, Luciano Pavarotti, Bob Hope and Frank Sinatra.
After years of exploring and sharing her four octave range, “Simply Rose” taps into the intimate side of her artistry, boldly declaring This is My Life with her highly anticipated, exquisitely arranged independent jazz vocal debut album.

Produced by Norman Miller under the musical direction of veteran pianist and arranger Bob Corwin, the 12 track set features a colorful handpicked mix of classic songs from multiple eras that help Rose share her truest musical soul – jazz with a touch of blues.

She is backed beautifully by the trio of Corwin, Johnny Mercer’s longtime accompanist who has served as Musical Director for jazz legends Carmen McRae, Anita O’Day and Peggy Lee; upright bassist Danny Flahive, 20 year associate of Corwin’s who has also played over 500 shows with Buddy Greco, including Carnegie Hall; and drummer/percussionist Doug Dean.

With love, emotion and perfect phrasing emerging from every note, Rose taps into the genius of Stephen Sondheim (“Send In The Clowns”); Harold Arlen (“Over the Rainbow,” “The Man That Got Away,” lyrics by Ira Gershwin, “One for My Baby,” lyrics by Johnny Mercer); Jerome Kern & Oscar Hammerstein II (“Can’t Help Loving That Man of Mine”); Melissa Manchester (“Come in From The Rain,” “Don’t Cry Out Loud,” lyrics by Carol Bayer Sager); Arthur Hamilton (“Cry Me A River”); Johnny Mandel (“Where Do You Start,” lyrics by Marilyn & Alan Bergman); and David Mann and Bob Hillard’s “In The Wee Small Hours.” Bookending the set are two songs that best capture the spirit of celebration and declaration that drives Rose’s vision for this exciting new phase of her career: “Here’s To Life” (first popularized by Shirley Horn) and the title track “This is My Life,” first recorded by Shirley Bassey in 1968.

The concept for the project was inspired by veteran saxophonist Pat Rizzo, who invited Rose to join him and sing during one of his sets at Vicky’s of Santa Fe in Indian Wells, California, in early 2014. He expected her to sing classical, but when she astounded him and the audience with an intimate, jazzy rendition of “Can’t Help Loving That Man of Mine,” he hooked her up with his longtime friend Corwin and encouraged her to start recording.

“My goal was to find songs that really come from my soul and that affected me emotionally,” she says. “Some I had sung before, and some I had not. They’re tunes that touched me that I felt could have the same impact on an audience. When I started singing these ballads, I realized that they are my true forte. I always put my heart and passion into everything I sing, and I’m excited that I have now found my niche singing Great American Songbook and contemporary standards. The mixer on the album Leon Becken gave me a great piece of advice when I first went into the vocal booth. He said, ‘I don’t want you to sing, just talk to me. That put me at ease. It’s all about telling a story and singing from the heart.”

At the age of 14, the New Jersey born and raised Rose blossomed into an accomplished ballerina who danced professionally with the American Ballet Theatre, The Royal Ballet of London and the Met. In her teens, she also performed in musicals like “Funny Girl,” “Fiddler on the Roof,” “Cabaret,” “Promises, Promises” and “Carousel.” Drawn to later passion of opera, she attended the American Academy of Dramatic Arts NYC and the Julliard School of Music. She performed her first opera “La Boheme” at Lincoln Center and later joined the Met as a soprano. Rose was also the founder and musical director of The International Opera Institute, where she has mentored and trained singers for the opera stage; six of her former students are currently major performers.